So finally, it’s my turn to talk about the new QI book, 1342 Facts which came out this year and about #quizhygge, one of my favourite things to do.

Firstly I need to say that I was sent my copy of 1342 Facts by the publishers, although I volunteered to do the blog hop myself. You need to know that just because it was a freebie, it doesn’t mean I automatically gush. If I don’t like a thing, I’m Northern enough to say so.

So you can believe me when I say I am so pleased this book came when it did. My daughter’s been having a stressful time (sick, and then dying guinea pig, tests at school, general exhaustion etc. The usual teenage worries) and when I got the review copy I passed it across to her to have a little look at (truthfully; she opens my mail if she gets the chance and this never made it to me first.)

She’s a 14 year old. They’re very difficult to impress, like really hard. For the rest of that night… and every night since… she has dropped gems into the conversation about sex, poop, life, TV… just every now and then a little diamond of a fact that has me going “Where did you get that from?….” And when I got my Christmas Fundle from the QI elves to say thank you for taking part… well, I might have thought I’d got the Advent Calendar, but she opens it, she reads it and she tells me the fact. Did you know that the rubbish generated at Christmas in the UK is enough to fill 400,000 double decker buses?

It’s not a quiz book, it’s a fact book, exactly as it says on the cover, but the facts are diverse enough to have one in there that will make you go “No? Not really… it can’t be… what? It is?” Be warned though; some of them are rude (usually the ones my daughter remembers best!) so the book isn’t suitable for much younger than 14 and probably better for boys to men aged 18 to 32. If I hadn’t been mugged for it on arrival, I would have wrapped it and passed it on to my 16 year old son.

I was lucky enough to get to put questions to the QI elves, as they’re a secretive bunch who hang around together. I don’t think they wear funny hats, but you never know. My questions are in bold italics, their answers are underneath.

Ah, the North Pole Elves are totally different! They’re a lot shorter and have much better craftsmanship skills and hand-eye co-ordination than we do. QI Elves live in a burrow in Covent Garden that is always the right temperature apart from twice a year when we forget how to switch the aircon from hot to cold and vice versa.

There are six full-time elves who work in one long room. We can’t resist sharing when we find something brilliant so the calm sounds of elves reading is often punctured by shouts of ‘you will NEVER guess what I’ve just read about otters!’

When we make the TV series we’re joined by another half-a-dozen elves who spend the rest of the year doing all manner of exciting things from working on films, writing their own books, taking research trips around the world and designing stage sets for Derren Brown.

We haven’t lost track of any yet. It would be difficult for an elf to retire as we’d just spend our days reading books and looking for facts, which is exactly what we do at work…

As many as there are grains of sand in the world.

Now that would be telling! Last year’s fact book was 1,234 QI Facts because we liked the number. This year we decided to rearrange the numbers and landed on 1,342. We then found out that, according to the Guinness Book of World Records, the furthest away object in the universe is 13.42 billion light years away and that became the first fact of the new book!

QI is fun viewing and definite #quizhygge in our house.

#Quizhygge is the hashtag I like to use when watching quizzes in a hyggelig way.. you know, gathered around the TV, cup of tea in hand and shouting at the telly when someone gets an easy answer wrong. Generally non-competitive quizzing. QI is a prime example of a good #quizhygge quiz, because there is no way to get a right/wrong answer and you’re not keeping score. 8 out of 10 Cats does Countdown is another one that we all enjoy as a family, although the numbers round can get a bit heated if one person can’t see how to do it. Monday is peak #quizhygge night, though, with University Challenge and Only Connect on one after the other. At the moment, I’m busy on a Monday with a Christmas Choir, but after the year (Thank God) changes I’ll be back watching live again.

In fact… I like #quizhygge so much, it would be a shame to cram it in now when a whole blogpost on #quizhygge would be good! Come back next Monday when I will have more to say about how, where and why and a giveaway connected to QI and #quizhygge. 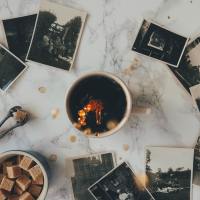